Add our Discord bot to your server to get notified when we find new dev posts!

Hipallo wrote: »
Awesome! Do we know if this content creator program will be indefinitely opened or will it be a limited thing?


We don't have any plans to close it, but there may be times where applications are down as we push to future phases.

In the end, I do want this to all be on our website, so a little more fluid than it currently is. Hope that helps answer your question. 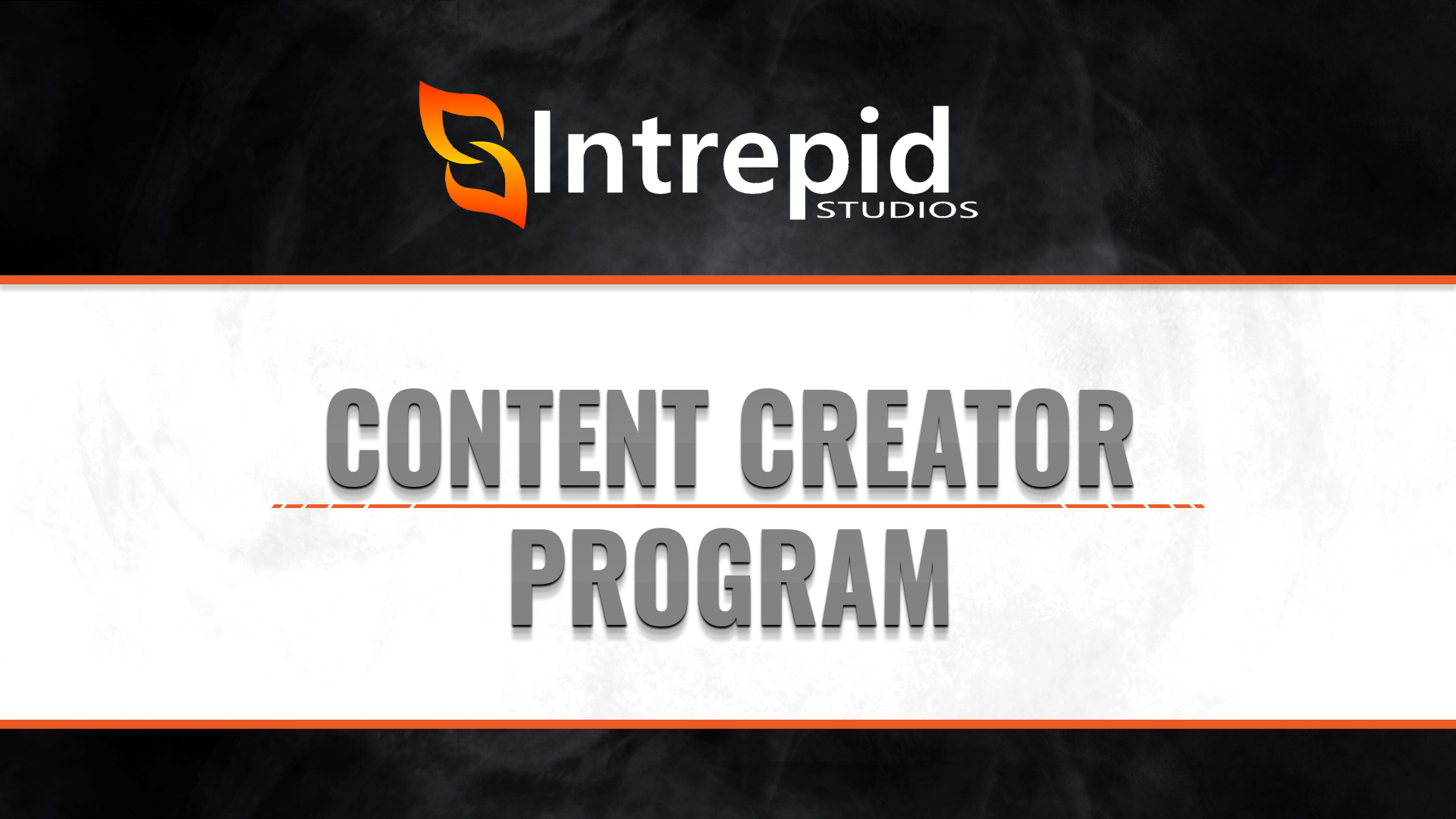 
Glorious content creators - we are happy to announce that we have reopened the Intrepid Studios Content Creator Program!
[source]

👇 APPLY NOW! https://t.co/hadYylNy6s Glorious content creators - we are happy to announce that we have reopened the Intrepid Studios Content Creator Program! https://t.co/eW1s0ugSST [source]

🐠 This striking vessel is rough-hewn, as if ripped from the very sea floor. In combat, the garish color would seemingly make it an easy target - that is, if it didn't swim circles around any opponent that dared assail it. ⛵ What are your favored attributes in a naval ship? https://t.co/iE6JAXpzCv [source]

I can't change my forum name

Hi there! It sounds like perhaps it might not be showing the correct amount of time for intervals less than 0 days left, for example if you had 12 hours left

if you're still not able to change it after a few additional days, please reach out to our support team directly here for further assistance: https://support.ashesofcreation.com/hc/en-us/requests/new

I'm going to go ahead and close this thread out now, but please don't hesitate to reach back out if there's anything else we can assist you with in the meantime!
[source]

What Am I Doing Wrong, Here?

Hi there! Any image links you include within the format must be DIRECT image links (these usually end with something like .jpg, .png, or .gif). In the example you shared above, it looks like you were sharing to an image in a Google photo album vs. to an image directly. You can typically get an image's direct link by right clicking on it and selecting "open image in new tab", then using the URL in the address bar. Check out what that looks like when you grab the direct link for the image you shared below: 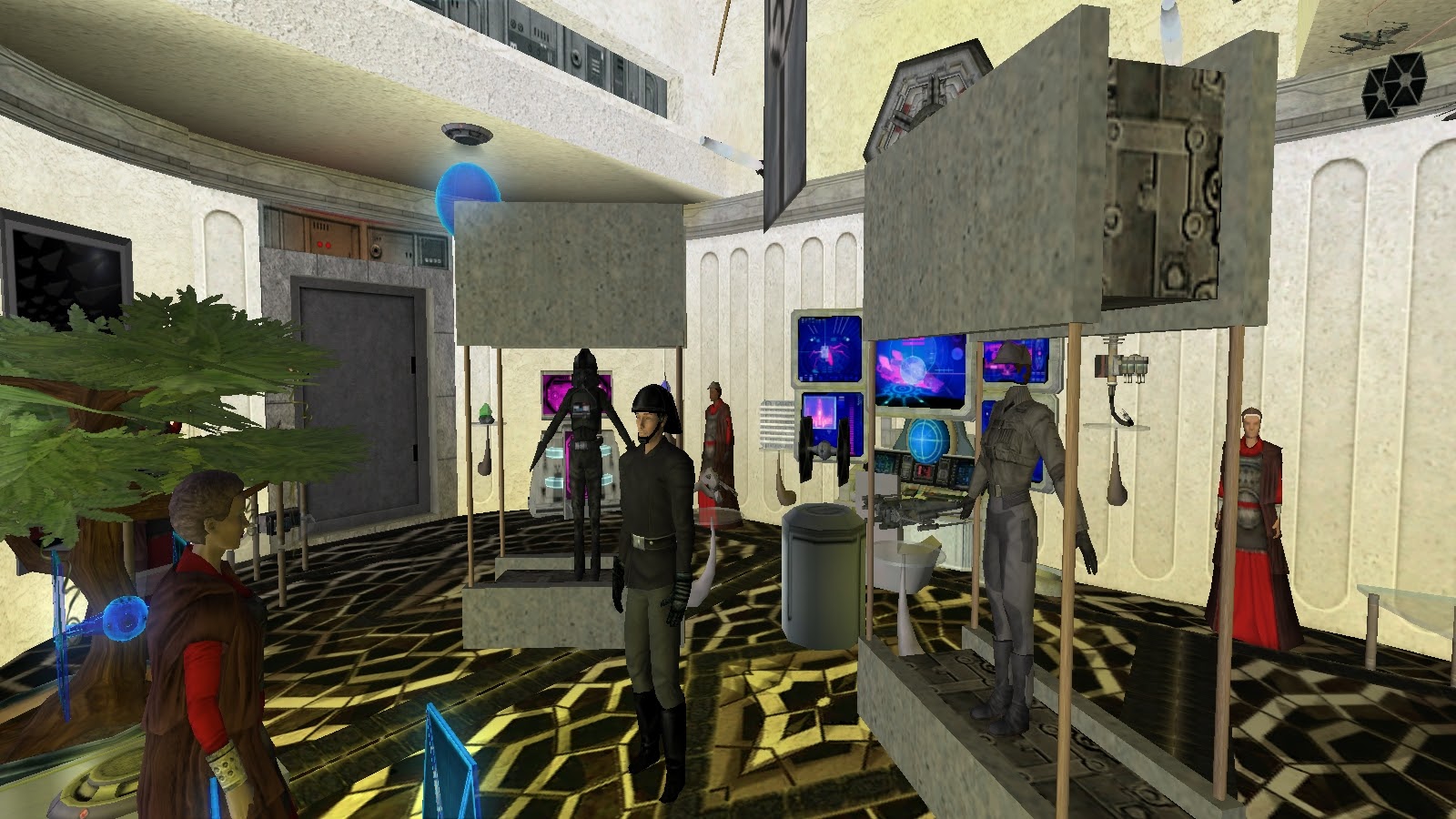 I'm going to go ahead and close this thread out now, but please don't hesitate to reach back out if there's anything else we can assist with in the meantime!
[source]

How does my title change to alpha one?

Hi there! As others have noted, if you're not seeing your roles show up correctly here on the forums, please log out and back in again from the gear icon in the top right, and then hit Ctrl F5 to do a hard refresh!

I'm going to go ahead and move this thread on over to our Support & FAQ section and close it out, but please don't hesitate to reach back out if there's anything else we can assist with!
[source]

@arkondus We are going to announce details about our Content Creator Program soon. Currently, it's being revamped! Keep an eye on our official social channels for more news! ❤ [source]

@Warrantyzz @KingMannyTv We know a person who will trim your rune armor for free! 🤣 [source]

@BrownMS11 We have not announced a date yet so keep an eye out for emails from our team with more details on how to download and play! We'll also email you more info on how to get the latest testing updates on our Discord and forums. [source]

@TrueWires You can view our Alpha One playtest schedule here: https://t.co/WFX467rpxP [source]

Would it be possible to have better clarity on final prices and have different paying methods ?

A couple days ago after the announcement that alpha one keys packs would return to the store and after following the project for quite some time i decided to consider the idea of shedding more than i had planned previously and go ahead supporting the game with the new equivalent of the braver of worlds pack (which was rumored to be 500$ shortly after the time of the announcement and then confirmed by the latest post).

After dwelling on it for quite some time i decided to make some comparisons with a game i previously supported and became,through the years,somewhat successful,Path of Exile.

I'll preface this by saying i have no problem whatsoever with the price ranges of both the kickstarter campaign or the current site ones as path of exile had similar ones once we got off closed beta and i feel like any project should give the individual possibility to anybody supporting them in the best way they see fit.

That being said what garnered my attention was the structure/content itself and main differences between the two models;

I took the biggest range supporter pack available for the Path of Exile Closed Beta as comparison and (even though it costs twice than the current biggest one available for Ashes of Creation) you can just eyeball the main differences;

This is what the current structure of the Adventurer Pre-Order Package looks like : source

This is what the Path of Exile Closed Beta packs structure looked like : source at the bottom of the page

Now, just for the sake of clarity and in light of making a complete fair comparison,most people will probably just look at the return they are getting in in-game points/monthly sub fee (PoE points and Embers+sub fee) and draw their conclusions off of that alone, but keep in mind the Path of Exile shop has always been notorious for having blown out prices; source
I tried looking up if Intrepid studios released any statement regarding their future in-game cosmetics prices but i couldn't find anything official other than content creators speculations which makes it sort of hard (more like impossible) making a full fair comparison between the two.

''Ok mate,we get it,but why make the comparison in the first place ? everyone's entitled to adopt the best marketing model they see fit'' and i completely agree, but as a consumer i would like everything (or close to) to be crystal clear before making a financial decision of any magnitude given some of the projects that came up in the past years have been controversial to say the least , i think it's healthier for both the developers and the consumers and it doesn't hurt having more light shed on the topic which could possibly lead to more sales in the long run,but this stamement more so applies to another topic that surprised most non-US residents from what i could see;

The applied VAT ( value-added tax ).
I have to admit i wasn't surprised by the VAT applied to the product but the reason behind it wasn't because i saw it in the FAQ or mentioned on the site but because one of the content creators mentioned it and i decided to look it up beforehand and i have to admit it was a first for me,even considering path of exile (which is NZ based) i have never been hit with VAT before* regarding similar type of products,which is quite the downside if you are from a high VAT country (like the scandinavians countries) and that 500$ automatically becomes 625$ (not including services fees which is my next and final point). *I want to clarify that in no way i blame anybody/the developers over this,but from a consumer standpoint it just plain irks.

Now this will be my final point and the reason that's holding me off for now (and i understand it's gonna look like a minor nuisance but you have to understand it's a personal point of view and there have been past encounters and problems with said service/payment processor);

The checkout process is handled through the Russian based Xsolla payment processor, now, if you come from Path of Exile like me you might understand why this is a huge deterrent and might keep people away from a final purchase,but to sum it up from past problems and the fallout that came off of it within the PoE community :

I understand Intrepid Studios probably picked Xsolla over say, as an example, Stripe or Paypal since they both takes a bigger cut but i would rather walk the extra mile and feeling at ease with my payments instead of going through a shady service just for the sake of profit,especially given in the future it might not be a one time thing but a continuous payment plan with the monthly sub model.

Sorry in advance for my broken english as it ain't my native language and thanks for taking the time to read through the whole thing if you reached this far,my only request is to keep the discussion polite and more drama-free as possible.

We will have alternate payment processor options implemented this month.

@AshesWho @KingMannyTv Trying to get your role-playing request in early? 🧙‍♂️ [source]

@WizardsUntie @KingMannyTv Or maybe a giant crab claw as a weapon! 🦀 [source]

@Artie4488 @KingMannyTv We've got some ideas twirling around, don't you worry! 😎 [source]